I know for a fact there are English subtitles because my younger sibling saw this movie on the flight en route to Vietnam through Japan Airlines (JAL) recently and was disappointed with the film.

Oh, and I love Yuko Takeuchi.

SleepyBoi wrote:I've been asking around about the movie and nobody knows if it will get subbed or not. Can anybody fill me in on this?

Only Chinese or Japanese.

This is only a hot topic now due to Bush's administration diverting our concerns on the real issue: Bush and his regime.

I prefer mangas over anime.

Not I, but my younger siblings do, to translate.

OMG. The ISP I'm currently with now would kill me. (10gig/month limit)

Still, when I go back to RoadRunner, I'm sure they'll say something...

Well they could sell the hard-subbed videos on discs... Same with soft subs. Either way we, the fansubbers, go piraters will use the alternate method in order to sell on eBay and whatnot. If it's hardsubbed, it's a direct conversion to mpeg/dvd and if there's effort, menu and printable dvd cover. I...

My Sassy Girl is in a league of its own.

I think you should.

If users have small hdds, I suggest switching to a bittorrent program which allows file selection such as BitComet/Azureus. (DL the first 4 gigs and seed then burn. Then dl the next 4gigs and repeat.)

tinny wrote:I'm the guy on the right. That's my grandma in the middle and my wife on the left

Your wife's pretty.
Tell her I said hi.

I don't think anyone sees this thread yet. I am constantly amazed by the new ways of improving D-Addicts and its features. How about asking the leechers which batched series should be up for grabs first? (Like a poll) EDIT : I strongly suggest a series unavailable through Clubbox and has hardly any ...

So Medusa is actually worse than ugly? Never heard of the Greek goddess, Medusa? Once so beautiful that Athena was jealous and withdrew her cham and beautiful hair who turned it into serpents. She then became so hideous that once you look her in the eyes, may it be men or animals, you would immedia...

Subber comments: DO NOT UPLOAD THIS ANYWHERE ELSE PLEASE

holy moly... that last picture.... :blink i`ve never seen that part of her before :-) It was in Crazy First Love with Cha Tae Hyun. I went from US movies to anime to Asian movies to Asian drama, and the very first drama I watched was Summer Scent starring Song Seung Hun and Son Ye Jin. In the begin...

I mean, what are the odds of a good looking male to be single.
If he is, probably for a short period of time.

On topic about the picture thread, there are hot members.
That or hot people on the internet and don't know his or her picture is being used at D-Addicts...

Only 3 times per year? News happen every day and what you cover may be "late" or "old news" by the time it releases. I know it's new; but if this becomes a success, I know it'll grow to a monthly issue (as long as there are supporters.) Truthfully, I'd subscribe nevertheless. And...

Personally, she's one of those people that look good in some pictures/poses.

This movie sucked.
**/5 - Two for having Ha Ga In, 1 is for a horrible movie with ugly people.

And I just checked out the promo, I'm sold. The moment where warriors popped up from the ground and started firing, I'm interested in that.

Thanks, but I'll check out the promo first ;)

EDIT: Thanks for the tip with XviD and FFDshow. The episodes look gorgeous now! (Beyond DVD quality.

Um.. I was talking about the remaining Pride episodes after FOB's ep07, and JTV has only subbed up to ep03. As much as I am tempted to dl from DA, I refuse to watch dramas in LQ. Even though the story may be the best, HQ makes the experience better.

It's not a discussion if you don't fully talk about the show, its twists, and afterthoughts. So quote the spoilers and set the font white.

<10 here. I'm more of Kx (x=drama, movie, pop) person. Personally, I watched both in the beginning but after a while, I realized Japanese drama episodes are like filler, and the subplots are irrelevant to the main story.

Is d-addicts right for you?? DAMIT thinks so.

You've made my day/week, kudos for you.

Lots of great designs to choose from! The animated logos are pretty but would be too distracting, imho. This design gets my vote because it's simple yet distinctive, and the transparency would work well with the wiki background image: http://img210.echo.cx/img210/4968/wiki16wi.gif EDIT: ^kood's vot...

I'm only responding to the most recent replies since it's quite a few pages to rummage through. Im Soo Jung: Wow, that's definitely an actress when she has many different looks and can portray different characters. BoA*'s among my top10 list and she's only getting sexier and rising on my list. Grace...

Personally, I'd leave the OP/ED of the first ep and cut the rest until a new season with a new OP/ED appears (usually anime), but since majority favor leaving it in, this is a futile post.

ABC : I first tried the original BT and then switched since I've heard/read so many good things about it --still using after experimenting with other BT programs, but it definitely needs the optional File download in batches. Needs a new version release, soon. If you like simple, easy-to-use, and j...

It's true that Korea has the most plastic surgeries a year but they're not alone, all of Asia as well.

9/10 women had surgery in Korea. Hell, girls get surgery as a birthday present from their parents.

No one is born that naturally pretty, well, rare are, but not that many (in Korea.) 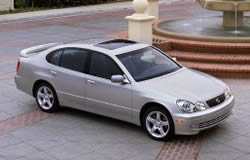 A very innovative idea in a long time. :thumbs up:

That's life, fight or stfu.
To hell with the sellers.

Personally, I feel it's overrated and not a great drama. It took me months to finish this drama. Why? Because there's no cliffhanger or building of plot, just like others mentioned, episodic chapters that doesn't give you the urge to watch the next episode. It's repetitive with one episode at a time...

Wow, max out your connection? Jesus..

Any player can play any file with the right codecs. I'm on Windows XP with SP2 using WM9 with FFDshow v2004.08.08, XviD v1.01, and DivX v5.2 installed in that order and FFDshow not decoding XviD. All the latest version is recommended. Plays every .avi and .mpeg-1smoothly with no problems. If .mpeg-2...

In Biology class in high school, my teacher long taught us about the mix cauldron. Everyone in the world is no longer 1 ethnicity.

Why does Korea reproduce this formula?
Maybe because it works and the audience can't get enough of it.

Besides, isn't Korea's preference of film is melodrama.
After all these years of making series and films, ideas soon run short, just like Hollywood.

I have the Korean.Eng.sub.2SVCDs version and plan on uploading here.. although, it's going to be my first time..

Xnite wrote:hey aznkoodies you would definitely have to be a girl right i mean i don't think azn guy ever look that young compare to their actual age.

^ Agreed. That is just an entrepeneur enterprise idea waiting to be cashed in on. But imagine the licensing fees and deals with Asian companies. Ah, very stressful and it's kind of difficult to just "open" a TV channel. A program is hard enough as is to survive its first month of airing.. ...