hi guys..
is there any news about his drama Love strategy...? when is it going to be aired?

^ It already has been aired months ago my dear.

dinence, the fansub group involved (i was involved in subbing the earlier episodes but bowed out due to work commitments, a good friend of mine is doing it now) does not have the HQ raws to work with. The raws are MQ at best, and even so, they're of really terrible quality, most probably due to it being ripped from an online streaming site. Perhaps when the DVD releases, we'll see? (:
Top

Ooooh..i didn't know about it being aired... & it has been months already..OMG.

thanx sis..for replying..i check the drama wiki many times and search for any details in the internet but i was shock cuz there was no single info about it...even the airing date
::
hopefully u will be able to find a HQ raws as early as possible ..cuz i'm responsible for translating it to Arabic

I like him!!!
But after Andy from Shinhwa....
His voice is beautiful. A ballad singer huh??
Top

This thread needs serious reviving. I know he's away but we can't neglect him so.
Someone picspam, please!!
Top

Hello everyone~~
I'm a new fan of him. And this is the first time I'm really into Korean artist.
I recognize him after watching Goong, (really, I know it's so late to watch that drama >__<) and for details, I started watching it 2 days ago. So I'm a 2 days-old-junghoon-fan

and... I watched his PV "Sirius" yesterday and began to 'Kyaaaaa~~'-ing. lol. I didn't know he sings!! And his voice was so soothing that I finally fell for him xD 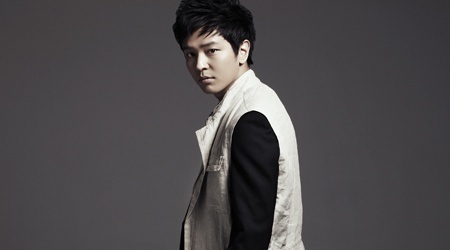 Like Sex and the City, this drama centers around the love lives of single careerwomen in the big city, and if other cable trendies are any indication, it’ll have a little more license to get risqué than a broadcast drama.

how about a picture when he's in the army?

I miss his Prince Yul-style