by gensigayo
OMG!!! i so loved her since ILJIMAE. She is so pretty and very simple.
by jancsika

by gensigayo
what could be her next drama..i hope romantic comedy for a change
by jancsika

by Ethlenn
Please use spoiler tags for pictures. People may have slow pc and pics may load slowly. Thank you.
by jancsika
It's already Feb 22 in Korea, so...

HAPPY BIRTHDAY TO YOU

by paulineeeho
she is so hot in long hair. i watch Brilliant legacy, illjimae, and dong yi for her. omg her acting is prettyyy good. I LOVE HER!>
by Sajen16
I love her but still from what I can tell from seeing her in Iljimae, Shining Inheritance, and Spring Waltz, she always plays the good girl I'd like to see her play someone like Yoo Seung Mi from Shining Inheritance, perfectly played by Moon Chae Won or even Eun Hee Won from My Love Patzzi that is a character who appears as the good girl on the surface but is not in reality
by jancsika 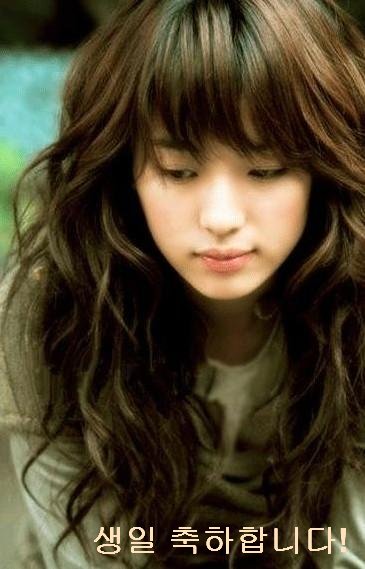