For sure, Macau is not short of filmmaking talent, with many of the city’s top filmmakers enjoying critical acclaim. However, it seems as though the odds are against them when it comes to financing, production, and international recognition.

As a result, it could be easy for filmmakers to become disillusioned with the industry, which might seriously dent the city’s budding industry. Here are the reasons why Macau filmmakers often fail to make their mark in the film industry.

On December 9, 2017, Lorence Chan Ka Keong debuted Passing Rain, which enjoyed its world premiere at the International Film Festival and Awards Macao (IFFAM). The movie was a hit, as casino fans couldn’t help but immerse themselves into the unique story that follows the intertwined lives of a hustler, a clown, two prostitutes, a good husband, and a three-year-old girl as well as featuring themes of both greed and love. Thanks to the unique story and superb direction, the Macau movie was a beacon of hope for the city’s budding movie scene according to many. 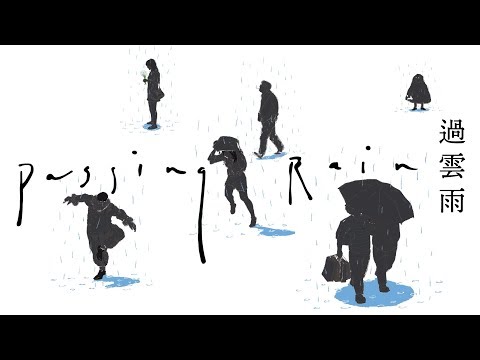 The Challenge of Macau’s Movie Industry

Despite Passing Rain enjoying a successful screening at a festival in Barcelona, Spain, and at the Hong Kong Asian Film Festival 12 months later, the movie failed to experience global success. As a result, Ka Keong has reportedly returned to his job as a graphic designer.

At the Hong Kong Asian Film Festival, Ka Keong sat on the panel to discuss Macau cinema and stated he spent four years on Passing Rain but found the whole process a struggle from start to finish, and the only thought that pushed him through it was his desire to create a fun, interesting film.

It appears the creation of the movie had stripped Ka Keong of his passion for filmmaking. While the Macau government did provide the filmmaker with a grant as part of the Support Program for the Production of Feature Films, he has since stated the biggest issue was the fact that he needed to serve in multiple roles on the shoot, from director to producer. He also organized the logistics, managed the production and scheduled shoots, which prevented him from solely focusing on the creative side of filmmaking.

It’s not only Ka Keong who is seemingly struggling with the Macau movie industry, as many of the city’s top filmmakers have also stated they experienced many struggles throughout their career.

Penny Lam Kin Kuan, a filmmaker and founder of the Macao International Documentary Film Festival, recently criticized the lack of support for filmmakers. She believes there is limited help when it comes to keeping track of opportunities abroad, as Macanese filmmakers don’t know what festivals they can submit their films to or are unaware of the international funding for which they qualify. As a result, struggling artists pass information to each other to support budding talent.

Mike Ao Ieong Weng Fong, whose film The Age of Hangover (2018) screened at the festival, also agreed with Kin Kuan, but stated Macanese filmmakers don’t work with a full-time curator who can push their movies, and they have yet to work with any distributors who can help to market their films outside Macau.

It’s clear the city is in urgent need of a framework to support young Macanese filmmakers. The Cultural Affairs Bureau does, however, currently offer grants to budding filmmakers. It has also teamed up with Create Hong Kong (CreateHK) and the Guangdong Administration of Press, Publication, Radio, Film, and Television, who has co-organized a film production investment fair in Macau each year.

In addition to grants, the Macao Government Tourism Office and the Macau Films and Television Productions and Culture Association are also behind the IFFAM, which takes place from December 8th to the 14th. The festival showcases first and second-time international filmmakers, who have a chance to win an award prize of $60,000 for the best feature.

Many respected directors and artists are also on the board, with American actor Nicolas Cage and Hong Kong star Aaron Kwok serving as talent ambassadors. Chen Kaige, a Chinese director, also recently chaired the event’s jury. Other professionals who have appeared on the jury include Paul Schrader, a U.S. director and screenwriter, and Paul Currie, an Australian film producer.

In a bid to highlight the nation’s growing talent, the event recently added a new showcase called “New Chinese Cinema,” which features between four to six films that represent the best of Chinese-language cinema in 2018.

That could be thanks to Yeuk Ying’s work with local filmmakers, as she commissioned movies for a Macao Cultural Centre program between 2007 and 2015 coined Local View Power. In addition to providing funding, the organization also facilitated meetings between budding filmmakers and experienced directors from both Hong Kong and Portugal.

The Price of Macau Movies

Sadly, the Local View Power circumstances have shifted since 2015, with many novice filmmakers moving toward better-paid jobs, such as filming corporate or private events. Many of the city’s experienced directors have also struggled to employ technical crews for their projects.

While Macanese filmmakers don’t lack ideas or ambition, it appears the odds are against them when producing movies in the city, as it is reportedly more expensive to produce a movie in Macau in comparison to Hong Kong. Also, with many filmmakers reaching professional standards, they expect to receive professional pay for their work, and rightly so. Add to this piracy concerns and marketing restrictions, and it’s easy to see why filmmakers view the Macau movie industry as an uphill challenge.

Lorence Chan Ka Keong has stated he’s now considering going back to basics following the creation of Passing Rain, as he plans to make more practical short films. His goal is to create 15 or 20-minute movies to develop stories that resonate with audiences.

While there are initiatives and grants to help budding filmmakers launch a career in the movie industry, it’s a great shame that a lack of support and financing is seemingly making it hard to develop full-length movies, and it’s also destroying creativity and passion for the industry.